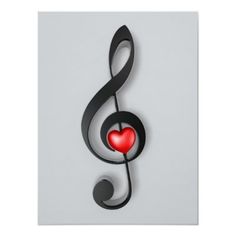 KYMS  89.9 FM Today's Christian Country is a listener supported non-profit radio station, however, if you feel lead to contribute to this ministry there are a few things we want you know.

First: We ask that any contributions you make are made only after the commitment you may have to your own fellowship. We are not in competition with the local church but an extension to the work God is already doing in the Inland Northwest.

Second: We are a tax exempt 501(c)3 non-profit corporation.  Any contributions you choose to make to Legacy Broadcasting/KYMS count as tax-exempt giving. We thank you for your generosity!

In 1975, a new kind of radio station was born in Southern California-106.3fm KYMS. A station that was a reflection of the Jesus Movement and featured many of the founding music artist of contemporary Christian music. In the 1970's, artist such as Phil Keaggy, Second Chapter of Acts, Randy Stonehill and Keith Green were regularly heard on the airwaves and that accessibility to the music they identified with, in turn, galvanized a whole generation of believers.

In the 1980's, artist such as Steve Camp, Amy Grant, Twila Paris and Kathy Troccoli made their mark. With the 90's, artist such as DC Talk, Carman and The Winans added their history to the mix. Not only was the station influential, but it also reflected a passion for evangelism and Bible study. During this time KYMS became known as the flagship station for contemporary christian music in America.

Throughout it's twenty year history, KYMS was at the forefront of the movement for Jesus that had long-lasting affects on the listeners who made it their radio home. Sadly, in 1995, the station was sold, it's programming completely changed and the call letters- KYMS- went dormant.

Jump ahead 14 years to 2008, when 89.9FM KWJT was purchased by Calvary Chapel of Costa Mesa. In early 2009, the inspiration came to change the call letters and the new KYMS was born! In 2011 the opportunity to make KYMS a truly local radio station was realized. Post Falls-based Legacy Broadcasting purchased 89.9 KYMS. With the new incarnation of KYMS, we also decided to once again make KYMS a flagship station.

Unlike any Christian station in America, KYMS is introducing Today's Christian Country. We prayerfully believe a huge section of Christian radio listeners have been overlooked, as well as, the non-Christian who is looking for answers in an uncertain world. Our true desire is to serve the local churches and the community. Our vision is to be a bridge helping to unify the body of Christ in the Inland Northwest. We feature solid Bible teaching by both local and national pastors, as well as Christian Country artists playing a variety of Christian Country styles, broadcasting 24 hours a day, 7 days a week!

We believe that a mighty work of God is breaking loose in the Inland Northwest, and our desire is to be a part of it, as the original KYMS was in the early 70's. We the staff of KYMS are here to serve and we truly pray that you will join us on this adventure.